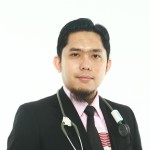 A nurse inoculates volunteer Ilya Dubrovin, 36, with Russia’s new coronavirus vaccine in a post-registration trials at a clinic in Moscow on September 10, 2020. – Russia announced last month that its vaccine, named “Sputnik V” after the Soviet-era satellite that was the first launched into space in 1957, had already received approval. The vaccine was developed by the Gamaleya research institute in Moscow in coordination with the Russian defence ministry. (Photo by Natalia KOLESNIKOVA / AFP)